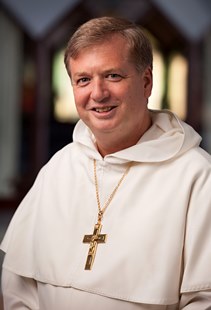 On 14 October, Archbishop Anthony Fisher OP delivered the 2015 Acton Lecture at Sydney’s Centre for Independent Studies. Titled Should Bakers be Forced to Bake Cakes for Same-Sex Weddings: Democracy and the Rights and Limits of Religion and Conscience in Contemporary Australia, the lecture addressed pressing issues that Australian society is currently facing.

Archbishop Fisher OP painted a picture of a future where “laws may remove all references to ‘a man and a woman’, ‘husband and wife’ and ‘mother and father’”. He articulated “Pope Francis suggests, all too often, our leaders seem driven by the desire for shortterm success and to be ready to appease various interests or their electorate with ‘bread and circuses’.(Laudato Si 57, 178, 181.) Such approaches lead not only to bad policy but also to disengagement by ordinary people from politics.(Laudato Si 197.) Continuing in this way, he warns apocalyptically, will make electorates cynical, will hurt especially the poor, and will leave future generations only “debris, desolation and filth”.(Laudato Si 161). True statecraft, he insists, is principled statecraft: even in difficult times it respects rights, pursues the common good, and enables intermediate groups such as churches and families to play their essential subsidiary role.(Laudato Si 53)”.

“That the Catholic Archbishop in Tasmania has been taken to that state’s anti-discrimination commission for distributing a joint bishops’ pastoral letter on marriage is a sign of how far things have gone and are likely to go in the near future if not resisted.”

Please click the link below to read the full transcript of Archbishop Anthony Fisher’s address. 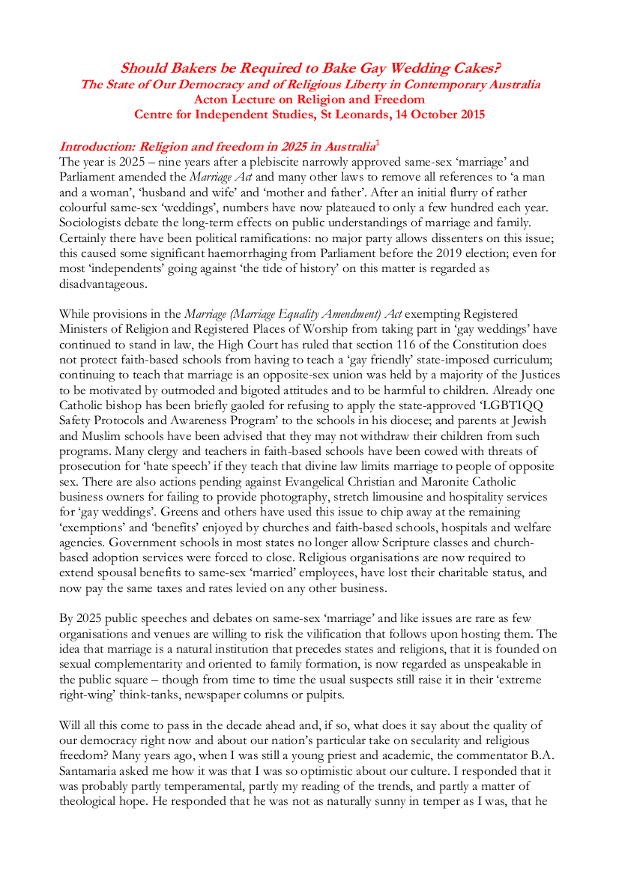