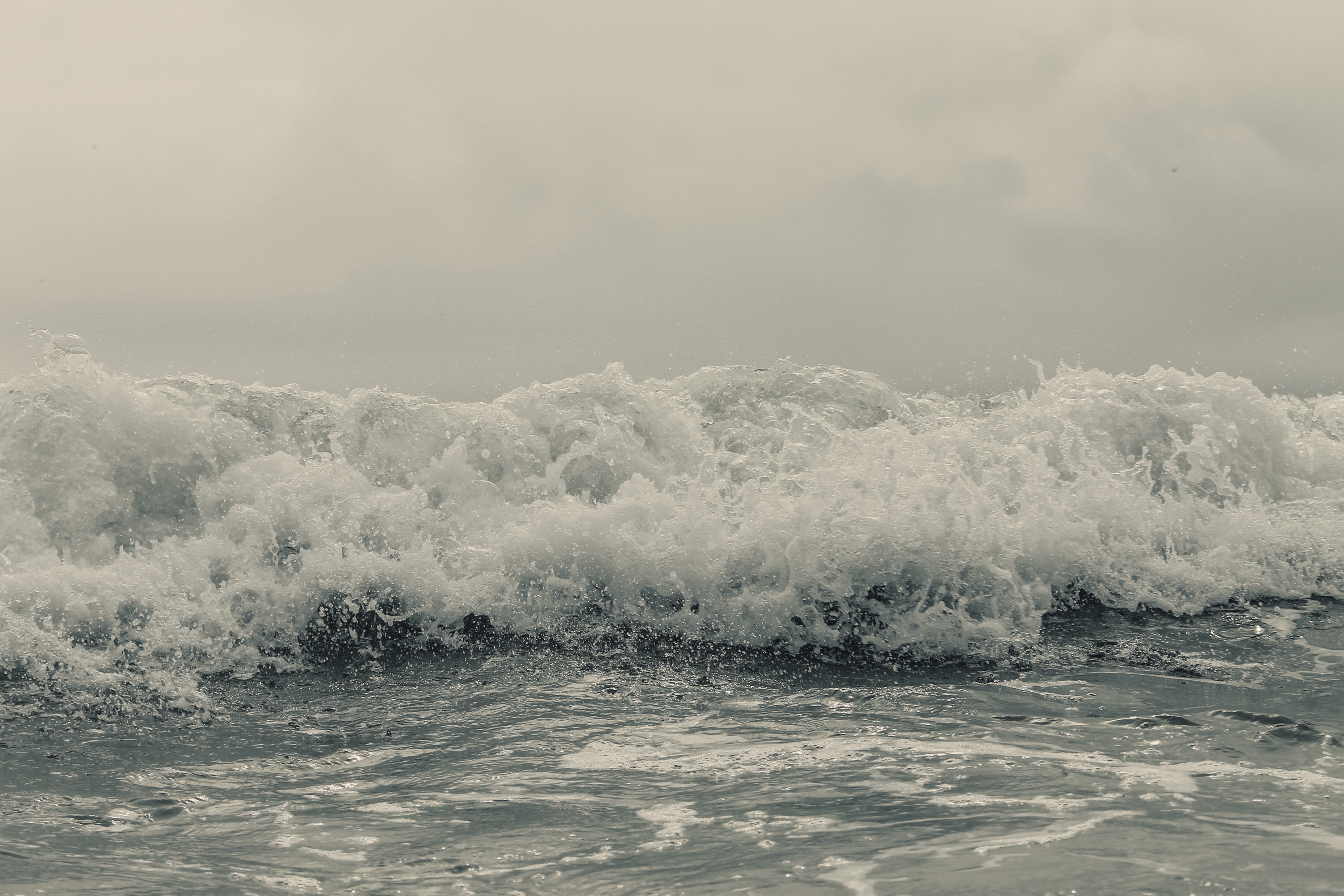 Matthew 14:22-33
Jesus made the disciples get into the boat and go on ahead to the other side while he would send the crowds away. After sending the crowds away he went up into the hills by himself to pray. When evening came, he was there alone, while the boat, by now far out on the lake, was battling with a heavy sea, for there was a head-wind. In the fourth watch of the night he went towards them, walking on the lake, and when the disciples saw him walking on the lake they were terrified. ‘It is a ghost’ they said, and cried out in fear. But at once Jesus called out to them, saying, ‘Courage! It is I! Do not be afraid.’ It was Peter who answered. ‘Lord,’ he said ‘if it is you, tell me to come to you across the water.’ ‘Come’ said Jesus. Then Peter got out of the boat and started walking towards Jesus across the water, but as soon as he felt the force of the wind, he took fright and began to sink. ‘Lord! Save me!’ he cried. Jesus put out his hand at once and held him. ‘Man of little faith,’ he said ‘why did you doubt?’ And as they got into the boat the wind dropped. The men in the boat bowed down before him and said, ‘Truly, you are the Son of God.’

Throughout the Gospels we are presented with many of Peter’s personal inadequacies, all of which are common to the human condition: his overwhelming sense of unworthiness at the washing of the feet (Jn 13:8); his anger at the arrest of Jesus (Jn 18:10); his fear of being identified as a follower of Jesus (Mk 14:66-72). Despite these weaknesses Peter was the first chosen (Lk 5:1-11), he discerned correctly that Jesus truly was the Christ, the Messiah (Mk 8:29) and he was entrusted to be the “rock” upon which the Church would be built (Mt 16:18).
The relationship between Peter and Jesus in this account parallels to our own relationship with the Lord. Just as Jesus beckoned for Peter to “come” to him, he does the same to us. This invitation will not guarantee us safe passage across tranquil waters of life. Rather, an invitation to Christian discipleship will be challenging, at times rough. Quite often we will be afraid, for the call to Christian discipleship is a call to a life that is counter-cultural and self-effacing. At times we will be confronted and opposed, even marginalised and persecuted for doing what is right and holding firm to fundamental values and truths. All along however Jesus is reassuring us “be not afraid”.
Within this account the disciples acknowledge Jesus as the Son of God, but only after his miracle, the calming of the waters. This is in sharp contrast to many other miracles reported in the Gospels, where strangers were miraculously healed by virtue of their faith, that Jesus, Son of David, was the Son of the living God.
We do not need miracles to sustain us in our Christian discipleship. Rather, we need to be a people of courage and faith.