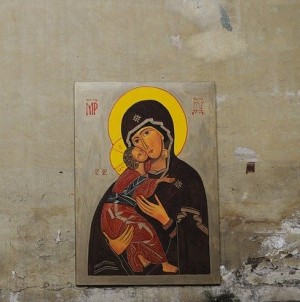 The shepherds hurried away to Bethlehem and found Mary and Joseph, and the baby lying in the manger. When they saw the child they repeated what they had been told about him, and everyone who heard it was astonished at what the shepherds had to say. As for Mary, she treasured all these things and pondered them in her heart. And the shepherds went back glorifying and praising God for all they had heard and seen; it was exactly as they had been told.

When the eighth day came and the child was to be circumcised, they gave him the name Jesus, the name the angel had given him before his conception.