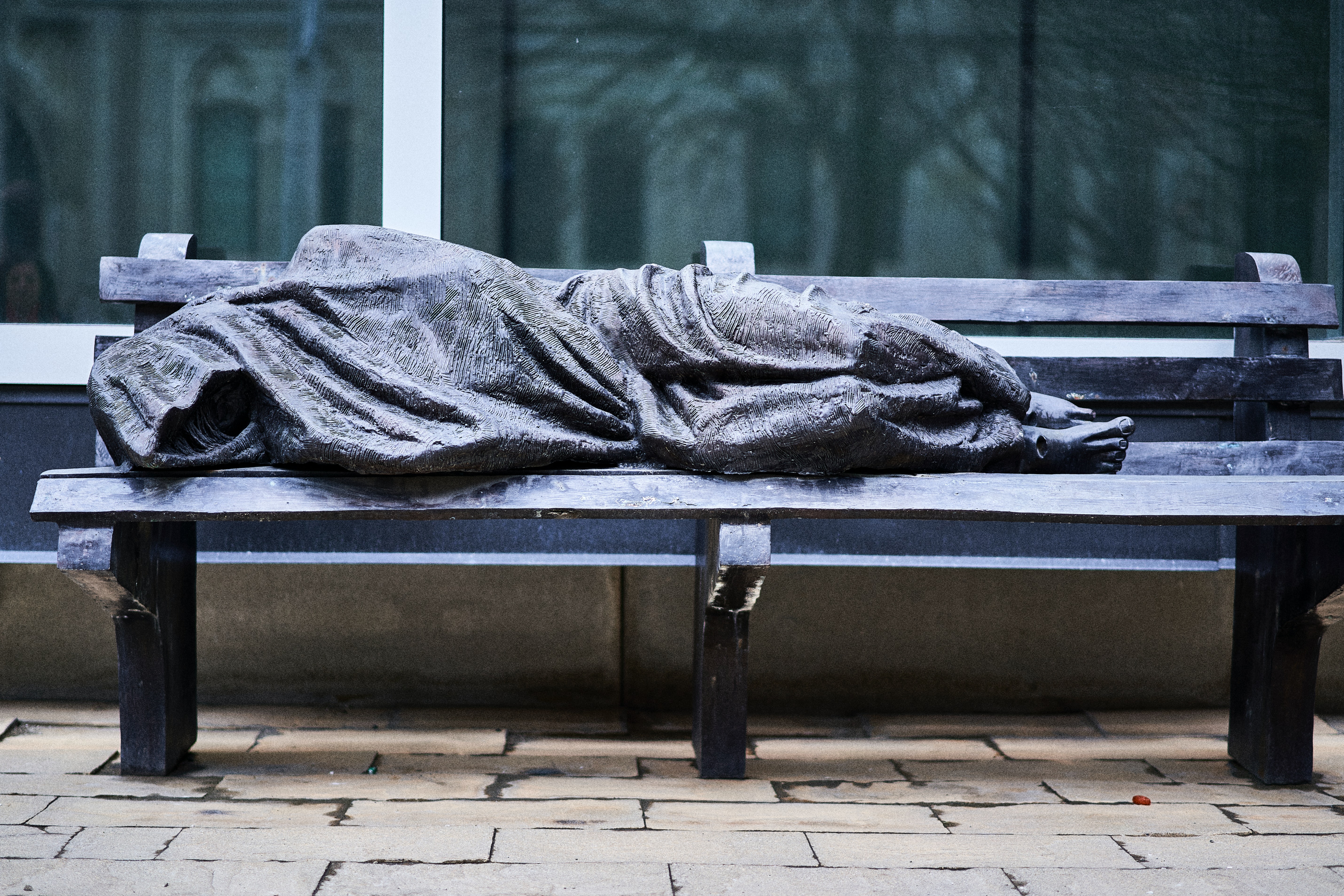 Jesus said to the Pharisees: ‘There was a rich man who used to dress in purple and fine linen and feast magnificently every day. And at his gate there lay a poor man called Lazarus, covered with sores, who longed to fill himself with the scraps that fell from the rich man’s table. Dogs even came and licked his sores. Now the poor man died and was carried away by angels to the bosom of Abraham. The rich man also died and was buried.

‘In his torment in Hades he looked up and saw Abraham a long way off with Lazarus in his bosom. So he cried out, “Father Abraham, pity me and send Lazarus to dip the tip of his finger in water and cool my tongue, for I am in agony in these flames.” “My son,” Abraham replied “remember that during your life good things come your way, just as bad things came the way of Lazarus. Now he is being comforted here while you are in agony. But that is not all: between us and you a great gulf has been fixed, to stop anyone, if he wanted to, crossing from our side to yours, and to stop any crossing from your side to ours.”

‘The rich man replied, “Father, I beg you then to send Lazarus to my father’s house, since I have five brothers, to give them warning, so that they do not come to this place of torment too.” “They have Moses and the prophets,” said Abraham “let them listen to them.” “Ah no, father Abraham,” said the rich man “but if someone comes to them from the dead, they will repent.” Then Abraham said to him, “If they will not listen either to Moses or to the prophets, they will not be convinced even if someone should rise from the dead.”’

The parable of Lazarus and the rich man is challenging and confronting to those of us living in an affluent western society. The contrast between Lazarus and the rich man represents the ever present disparity between the rich and poor and it reflects the gulf between the peoples of the developed and developing world. This parable is a challenge to “the haves“, that they may be more sensitive and compassionate towards the poor and vulnerable, unlike the rich man who is portrayed as being indifferent to the daily suffering of Lazarus. Although dressed in regal robes, and feasting magnificently each day, the rich man allows Lazarus to lie starving at his gate. He takes no obvious measure to alleviate this suffering and quite possibly is “blind” to the reality of the situation.

It is only in death and judgement that the inequity is addressed and Lazarus is taken to the bosom of Abraham. Even then the rich man thinks only of himself, “send Lazarus to dip the tip of his finger in water and cool my tongue.” There is no sign of personal remorse or regret. The parable also reveals that the attitudes of the rich man are not isolated but are in fact common, especially amongst other members of his own family who fail to listen to the message of Moses and the prophets. Such men have hardened hearts, closing themselves off from repentance and ultimate conversion.

This parable serves to reinforce the parable of the sheep and goats (Mt 25:31-46), which reveals that people will be judged in accordance with their treatment of others, some blessed and others cursed. Those blessed will be those who have “welcomed the stranger, clothed the naked, cared for the sick, visited the imprisoned, fed the poor and given water to the thirsty.” These actions, which we refer to as the corporal works of mercy, are in stark contrast to the inaction of the rich man.

The parable of Lazarus and the rich man challenges us to encounter and embrace the suffering of our neighbour. We are called out of indifference into genuine empathy, an empathy which strengthens our resolve to have solidarity with the “have nots” of our society. In a global context, Australians share the status of the rich man. We are reminded therefore to be conscious of the many Lazarus’ who lie at our gate in poverty and despair.  May we open our hearts to them, for they are our gateway to the Kingdom.