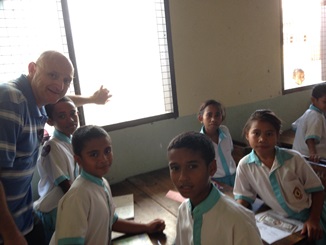 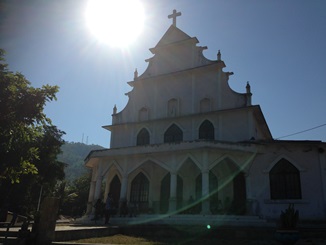 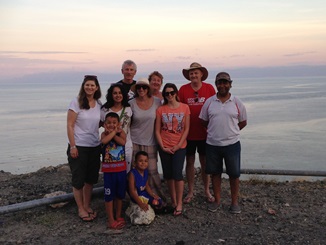 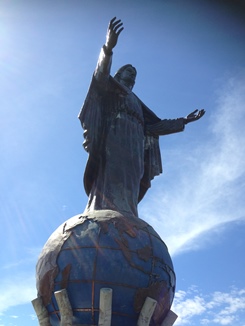 Over the last holidays I travelled with six other teachers from our schools to Timor-Leste, on a Palms Australia Encounter. Timor-Leste is one of our closest northern neighbours. The first people of Timor are believed to have arrived 40,000 years ago in a migration movement, which also saw the initial human habitation of Australia and New Guinea. In the mid 1500s the Portuguese arrived on the island of Timor and in 1859 ceded the Western part of the island to the Netherlands. This border currently stands with Indonesia controlling Western Timor. East Timor declared itself independent from Portugal in 1975. Indonesia invaded nine days later. Timor-Leste’s independent struggle continued until a 1999 referendum giving full independence. The country has had a turbulent and bloody history and continues to struggle.

The population stands at 1.1 million, (Aust 21.2million), life expectancy 67 years, (Aust 81.6 years), literacy 58% (Aust 99%), GDP (USD) $606m, (Aust $931b), internet users 1,800, (Aust 15.17m). 98% are Roman Catholic, 1% Muslim, 1% Protestant. Traditional animist traditions and beliefs are still present within the culture. Poverty is widespread with 41.5% of the population living below the poverty line of US$0.88 cents per capita per day. Health standards are very low with 58% of children suffering from chronic malnutrition. 20% of children have no access to primary education. A further compounding feature in education is the number of languages taught – Tetun, Portuguese, Bahasa Indonesia, English and numerous localised dialects. Major exports are oil, coffee and sandalwood.

Our group visited many schools; both infants, primary and secondary. We visited women’s refuges, community centres, spoke to Palms volunteers and assisted in classroom lessons. Whilst staying on an eco-resort on Atauro Island, we visited many historical sites, stayed with a local family, visited a handicapped centre and celebrated Mass at Atabae. Our 12 days were filled with experiences and information, which will over time, will allow each participant to communicate with their school community.