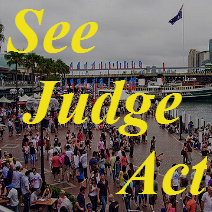 Soon afterward he journeyed to a city called Nain, and his disciples and a large crowd accompanied him. As he drew near to the gate of the city, a man who had died was being carried out, the only son of his mother, and she was a widow. A large crowd from the city was with her. When the Lord saw her, he was moved with pity for her and said to her, “Do not weep.” He stepped forward and touched the coffin; at this the bearers halted, and he said, “Young man, I tell you, arise!” The dead man sat up and began to speak, and Jesus gave him to his mother. Fear seized them all, and they glorified God, exclaiming, “A great prophet has arisen in our midst,” and “God has visited his people.” This report about him spread through the whole of Judea and in all the surrounding region.

As the Church settles back into Ordinary Time, it is presented with this story of miracle and wonder, about the death of the only son to a woman of Nain, who is also a widow. In this moment of despair, we see a woman who has lost all that she has loved, her husband and now her son. Jesus enters the city and upon doing so, comes upon the funeral procession. It would seem on the surface of things, that this was a chance occurrence, that Jesus was not going to the City of Nain to attend a funeral “As he drew near to the gate of the city, a man who had died was being carried out, the only son of his mother, and she was a widow.” (Luke 7:12). Nonetheless he does. In doing so, he performs a miracle, restoring the dead son back to life and more importantly in right relationship with his mother. This miracle generates wonder and awe amongst the people of Nain and his disciples. It also generates a message of hope.

Luke leaves us with a clear message. Jesus came to the City of Nain and saw the despair that occurred as the funeral procession passed. He must have inquired as to who the person was, discovering it was the only son of a widow from Nain. Jesus makes a judgement that leads to action. The action creates hope. See, Judge, Act! A simple process, which Jesus leaves for us to use in today’s complex world.

More importantly, the other message from Luke deals with the presence of God. God literally enters this moment of despair, for the widow of Nain. Ever present to us, God is always with us, comforting, restoring, offering hope and healing. God is always offering us new life, afresh with the dawn of a new day. It also hints at the divinity of Jesus, that Jesus is the true God that took on human form and dwells amongst us as a man.

“469 The Church thus confesses that Jesus is inseparably true God and true man. He is truly the Son of God who, without ceasing to be God and Lord, became a man and our brother” (Catechism of the Catholic Church -Article. 469).

In today’s busy world, we are called through Baptism to bring Christ to the world. Perhaps a smile, an encouraging word, going to the aid of a stranger, are all things that we can do, things that might just bring hope, happiness and peace to another person, adding to the peace, hope and happiness of the world.