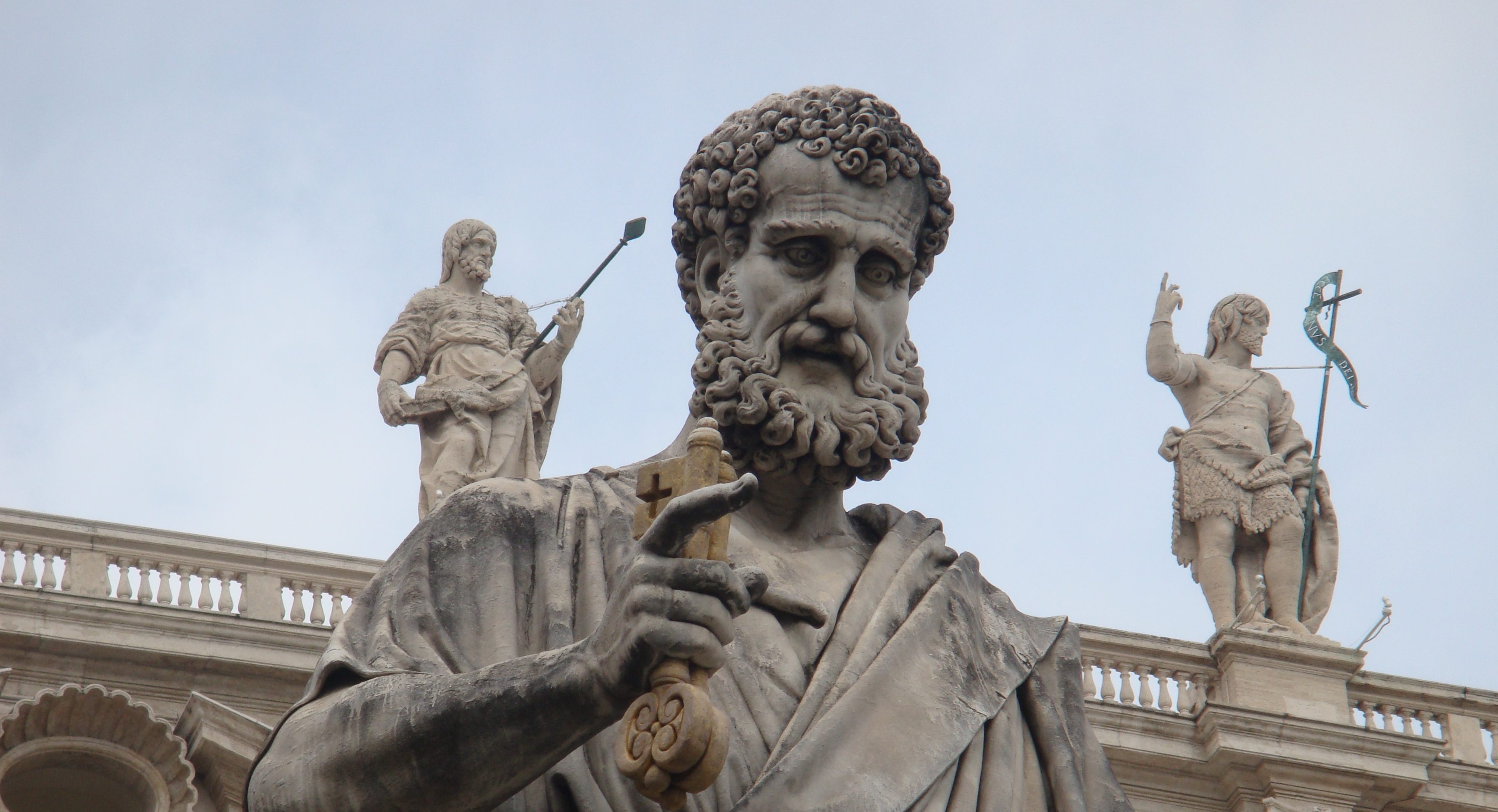 When Jesus came to the region of Caesarea Philippi he put this question to his disciples, ‘Who do people say the Son of Man is?’ And they said, ‘Some say he is John the Baptist, some Elijah, and others Jeremiah or one of the prophets.’ ‘But you,’ he said ‘who do you say I am?’ Then Simon Peter spoke up, ‘You are the Christ,’ he said, ‘the Son of the living God.’ Jesus replied, ‘Simon son of Jonah, you are a happy man! Because it was not flesh and blood that revealed this to you but my Father in heaven. So I now say to you: You are Peter and on this rock I will build my Church. And the gates of the underworld can never hold out against it. I will give you the keys of the kingdom of heaven: whatever you bind on earth shall be considered bound in heaven; whatever you loose on earth shall be considered loosed in heaven.’ Then he gave the disciples strict orders not to tell anyone that he was the Christ.

Jesus’ question ‘who do you say I am?‘ goes to the heart of Christology. Throughout the centuries Christological debates have been waged over the identity of Jesus and especially the recognition of his two natures, both human and divine.

When Jesus put this same question to his disciples it was Peter who declared ‘you are the Christ, the Son of the living God‘ (v. 16). Peter’s profession of faith is at odds with other episodes in the Gospels where Peter fails to discern the true identity of Jesus and the nature of his mission (Mk 8:33). Peter, who had once been admonished by Christ for being a man of little faith (Mt 14:32) is now resolute in his belief in Jesus as the Christ, the Messiah. His perception and understanding of Jesus’ true identity is divinely inspired, revealed to him by the ‘Father in heaven.‘

Not only was Peter the first disciple to be chosen by Jesus but he was also the first to assume a leadership role among the disciples and the early Christian communities. Matthew’s account, which clearly asserts the primacy of Peter is commonly referred to as the Petrine account and has been used by theologians to substantiate the significance of apostolic succession. Clearly this account reveals the significance of the Church of Rome, and thus the Bishop of Rome.

Jesus told his first disciple ‘you are Peter and on this rock I will build my Church … I will give you the keys of the Kingdom of heaven: whatever you bind on earth shall be considered bound in heaven‘ (vv.17-19). Peter’s leadership becomes evident after the first Pentecost, especially in the face of persecution and suffering. There is no better example of this than that of the early Church in Rome, a community founded by Peter. Mindful of Jesus’ words ‘if anyone wants to be a follower of mine, let him renounce himself and take up his cross and follow me‘ (v.34) he endured great hardship and suffering. Ultimately he became a martyr as a sign of his Christian witness. However, Peter’s legacy remains.

Built on strong foundations the Church has flourished throughout the ages, spreading to every corner of the globe, offering people the hope of salvation found in the person of Jesus Christ. Just as Peter took on the mantle of responsibility to lead the early Church, his successors have risen to meet the same challenge. At the heart of this leadership is the desire to serve the people of God and perhaps the most apt and honourific title bestowed upon each Pope is that of ‘Servant of the Servants of God.

On his visit to Australia, Benedict XVI, successor of St Peter, asserted ‘Christ offers more! Indeed he offers everything! Only he who is the Truth, can be the way and hence also the life.’ Perhaps this is what Peter had come to realise when he was first asked ‘who do you say I am?‘