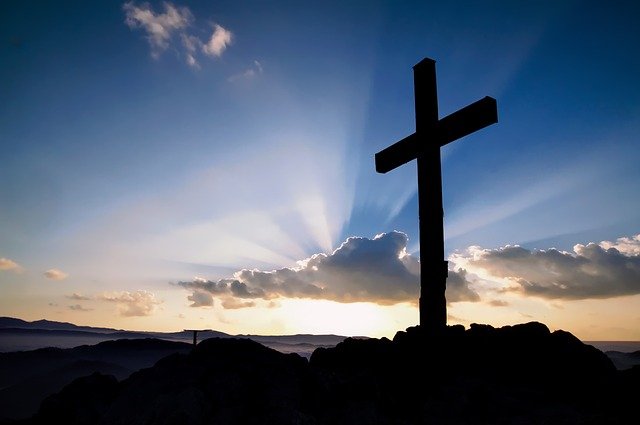 Jesus and his disciples left for the villages round Caesarea Philippi. On the way he put this question to his disciples, ‘Who do people say I am?’ And they told him. ‘John the Baptist,’ they said, ‘others Elijah; others again, one of the prophets.’ ‘But you,’ he asked, ‘who do you say I am?’ Peter spoke up and said to him, ‘You are the Christ.’ And he gave them strict orders not to tell anyone about him.

And he began to teach them that the Son of Man was destined to suffer grievously, to be rejected by the elders and the chief priests and the scribes, and to be put to death, and after three days to rise again; and he said all this quite openly. Then, taking him aside, Peter started to remonstrate with him. But, turning and seeing his disciples, he rebuked Peter and said to him, ‘Get behind me, Satan! Because the way you think is not God’s way but man’s.’

He called the people and his disciples to him and said, ‘If anyone wants to be a follower of mine, let him renounce himself and take up his cross and follow me. For anyone who wants to save his life will lose it; but anyone who loses his life for my sake, and for the sake of the gospel, will save it.’

In this incident we find Jesus in Gentile territory. There was popular agreement that Jesus was a prophet, but there was no consensus about which prophet he was and so Jesus put the question “who do people say I am?” The varied opinion of the disciples is in stark contrast to Peter’s assertion “You are the Christ” (v. 29). The voice of Peter is clear and accurate. This clarity does not have its origins in Peter himself, but is an inspiration received from the Father through the Holy Spirit, “it was not flesh and blood that revealed this to you, but my Father in heaven.” (Mt 16:17)

The significance of Peter’s profession of faith is made apparent in Matthew’s account of the same incident. Upon acknowledging Jesus as “the Son of the living God” (v.17) Peter was told “Simon, son of Jonah, you are a happy man … you are Peter and on this rock I will build my Church … I will give you the keys of the Kingdom of heaven: whatever you bind on earth shall be considered bound in heaven” (vv.17-19). The clarity with which Peter speaks signifies the future role of Christ’s Vicar. Peter, and his apostolic successors, will always be a voice of truth and certainty rising above the cacophony of conflicting opinions and teachings.

To dismiss any notion that the Messiah would be a political or military figure, Jesus immediately instructs the disciples about the suffering and death that awaits him (v. 31). This suffering will also extend to his loyal followers (v. 34) who, according to St. John Chrysostom (Homily on Matthew 55), will find salvation in bearing persecution patiently and by a willingness to undergo a passion like Christ’s.

Not yet understanding the purpose of death in the accomplishment of Jesus’ mission, Peter seeks to divert Jesus from the path of suffering. Scandalised and perhaps frightened, Peter unwittingly aligned himself with the mindset of Satan, who similarly would seek to divert Jesus from fulfilling his mission. Hence, we have Jesus’ sharp rebuke “Get behind me, Satan” (v.33). This rebuke not only illustrates Jesus’ solicitous care and guidance for the appointed leaders of his Church, but for all disciples. All Christian disciples are reminded “if anyone wants to be a follower of mine, let him renounce himself and take up his cross and follow me” (v.34).

To take up the cross is hard and at times daunting, even overwhelming, but without the cross ours can never be a true profession of faith.

Although this incident happened almost two thousand years ago, Jesus has posed the question “who you say I am?” to every Christian in every era and he poses that question to us today.

Like Peter, our voice should rise above the uncertainty and confusion. When asked “who do you say I am?” we can say “You are Jesus, True God, True Man. True God, Perfect Man.”