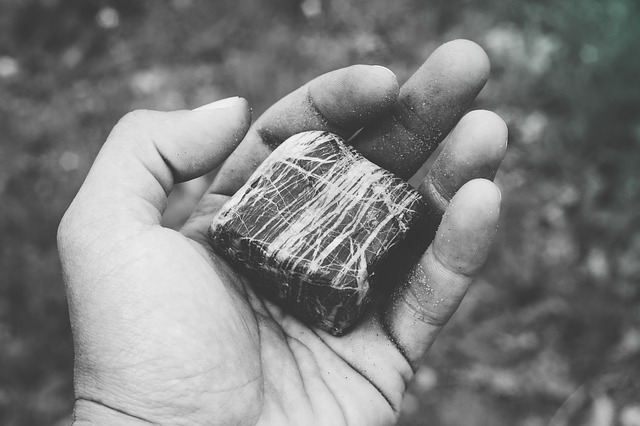 Jesus went to the Mount of Olives. At daybreak he appeared in the Temple again; and as all the people came to him, he sat down and began to teach them.

The scribes and Pharisees brought a woman along who had been caught committing adultery; and making her stand there in full view of everybody, they said to Jesus, ‘Master, this woman was caught in the very act of committing adultery, and Moses has ordered us in the Law to condemn women like this to death by stoning. What have you to say?’ They asked him this as a test, looking for something to use against him. But Jesus bent down and started writing on the ground with his finger. As they persisted with their question, he looked up and said, ‘If there is one of you who has not sinned, let him be the first to throw a stone at her.’ Then he bent down and wrote on the ground again. When they heard this they went away one by one, beginning with the eldest, until Jesus was left alone with the woman, who remained standing there. He looked up and said, ‘Woman, where are they? Has no one condemned you?’ ‘No one, sir,’ she replied. ‘Neither do I condemn you,’ said Jesus ‘go away, and don’t sin any more.’

This episode reinforces one of the central themes of Lent; that all people are in need of God’s mercy, healing and forgiving love. In this episode, the Pharisees are seeking to incriminate and entrap Jesus. If Jesus authorises the stoning of the adulteress, the Pharisees will report him to the Romans for criminal wrongdoing, for the Jews were not permitted to administer capital punishment under Roman rule. On the other hand, if Jesus forbids the stoning, the Pharisees will discredit him as a false messiah who contradicts the Law of Moses (Lev. 20:10; Deut. 22:22).

Through his response, ‘If there is one of you who has not sinned, let him be the first to throw a stone at her‘ Jesus eludes the trap entirely – he neither incriminates himself through authorising the stoning, nor compromises his teaching by contradicting Moses. The genius of his response turns the tables on the Pharisees and forces them into their own trap. Although the Pharisees considered themselves to be sinless and therefore qualified to administer the stoning, doing so would have brought Rome’s reprisal on them. By restraining themselves and walking away, the Pharisees were made to look like sinners and compromisers in the eyes of the crowd.

In contrast to the woman and the crowd gathered, Jesus does not condemn the woman but rather he forgives her past and challenges her to live a life of purity in the future. We are challenged to do the same. Just as Jesus forgave the woman, we can receive the same forgiveness through the Sacrament of Penance. The Sacrament is much more than simply telling the priest of our sins; it is about healing, forgiveness and restoration to God’s friendship. The focus is on God’s mercy and through this mercy the grace we receive to strengthen us in our resolution to “go and sin no more.”

According the St. Bede (Homilies on the Gospels), Christ, who twice bends down to write on the ground, teaches us to humble ourselves both before and after addressing the faults of our neighbour. If this becomes our practice, we will avoid the extremes of being unjust and unmerciful toward others. We will also avoid being hypocritical. In Matthew’s Gospel we are challenged “Why do observe the splinter in your brother’s eye and never notice the plank in your own?” (Mat 7:2). Essentially, if we are to be followers of Christ we must not only seek the love and mercy of God, but also show love and mercy to others, especially those who have wronged us.