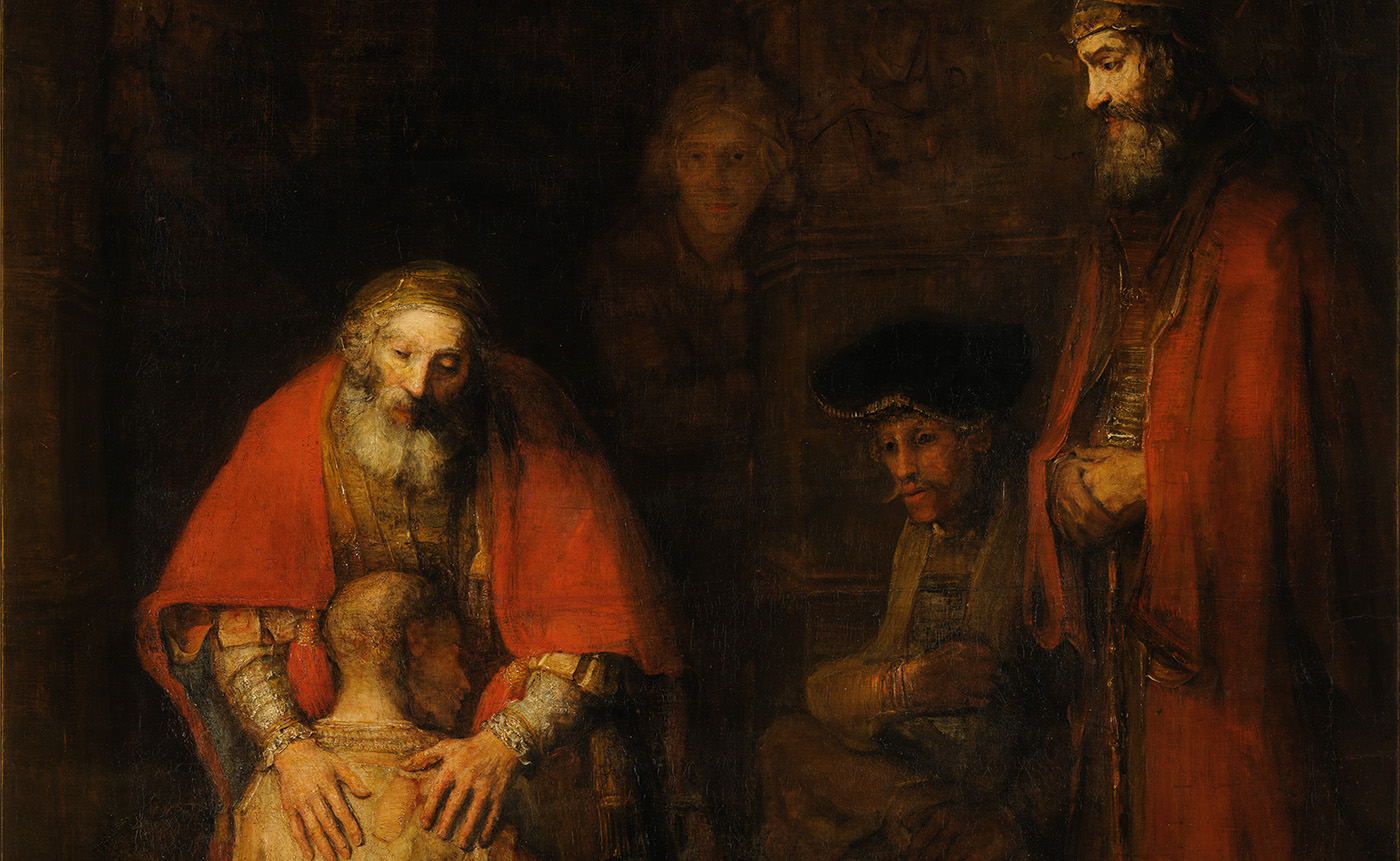 The tax collectors and the sinners were all seeking the company of Jesus to hear what he had to say, and the Pharisees and the scribes complained. ‘This man’ they said ‘welcomes sinners and eats with them.’ So he spoke this parable to them:

‘What man among you with a hundred sheep, losing one, would not leave the ninety-nine in the wilderness and go after the missing one till he found it? And when he found it, would he not joyfully take it on his shoulders and then, when he got home, call together his friends and neighbours? “Rejoice with me,” he would say “I have found my sheep that was lost.” In the same way, I tell you, there will be more rejoicing in heaven over one repentant sinner than over ninety-nine virtuous men who have no need of repentance.

‘Or again, what woman with ten drachmas would not, if she lost one, light a lamp and sweep out the house and search thoroughly till she found it? And then, when she had found it, call together her friends and neighbours? “Rejoice with me,” she would say “I have found the drachma I lost.” In the same way, I tell you, there is rejoicing among the angels of God over one repentant sinner.’

He also said, ‘A man had two sons. The younger said to his father, “Father, let me have the share of the estate that would come to me.” So the father divided the property between them. A few days later, the younger son got together everything he had and left for a distant country where he squandered his money on a life of debauchery.

‘Now the elder son was out in the fields, and on his way back, as he drew near the house, he could hear music and dancing. Calling one of the servants he asked what it was all about. “Your brother has come” replied the servant, “and your father has killed the calf we had fattened because he has got him back safe and sound.” He was angry then and refused to go in, and his father came out to plead with him; but he answered his father, “Look, all these years I have slaved for you and never once disobeyed your orders, yet you never offered me so much as a kid for me to celebrate with my friends. But, for this son of yours, when he comes back after swallowing up your property – he and his women – you kill the calf we had been fattening.”

‘The father said, “My son, you are with me always and all I have is yours. But it was only right we should celebrate and rejoice, because your brother here was dead and has come to life; he was lost and is found.”’

In this Gospel passage, Jesus uses a series of parables to convey the loving mercy of the Father. Unlike the tax collectors and sinners, who have gathered to hear the words of Jesus and thus be open to conversion, the Pharisees and scribes are hard hearted and closed off to his teachings. Despite being in need of repentance, they are blind to their own sin and prefer to condemn Jesus for welcoming and eating with sinners.

A recurring theme in the parables that follow is the notion of lost; the lost sheep, the lost coin, and perhaps most famously – the lost son. Jesus presents the shepherd’s search for the lost sheep and the woman’s search for the lost coin as a way of illuminating our relationship with God the Father. When we stray from God he will always search for us and rejoice in our being found. “Rejoice with me … I tell you, there will be more rejoicing in heaven over one repentant sinner than over ninety-nine virtuous men who have no need of repentance.“

Such parables were very much counter cultural, for at the time of Jesus sinners were stigmatized by their actions and made outcasts within their community. Forgiveness was not a part of the cultural and religious milieu, and this is typified through the actions of the Pharisees and scribes.

Perhaps the most famous of Jesus’ parables is that of the Prodigal Son, unique to the Gospel of Luke. Often referred to as the parable of the Forgiving Father this passage epitomizes God’s limitless and unending love for us. The essence of this parable is captured most beautifully in The Return of the Prodigal Son by Rembrandt. Rembrandt depicts the moment of reunion and reconciliation. Clothed only in rags and torn sandals, symbolic of the way in which humanity is debased by sin, the son bows his shaved head as a sign of his penitence. The father is blind and therefore powerless to search for his wayward son, instead having waited patiently and longingly for his return.

Rembrandt’s work, like the parable itself, is one that gives evidence to the celebration that follows conversion. Conversion ensures that one is not cut off from God but rather enjoys a fullness of life. “We should celebrate and rejoice, because your brother here was dead and has come to life; he was lost and is found.” In this way, the parable of the Prodigal Son parallels with our reception of the Sacrament of Penance through which the merciful goodness of God always allows us to make a fresh start in our lives. Sandra Dejedio OSM describes that it too is “a round trip journey away from our home with God and back again that  can be summed up in terms of three C’s: conversion, confession and celebration – and in that order.“